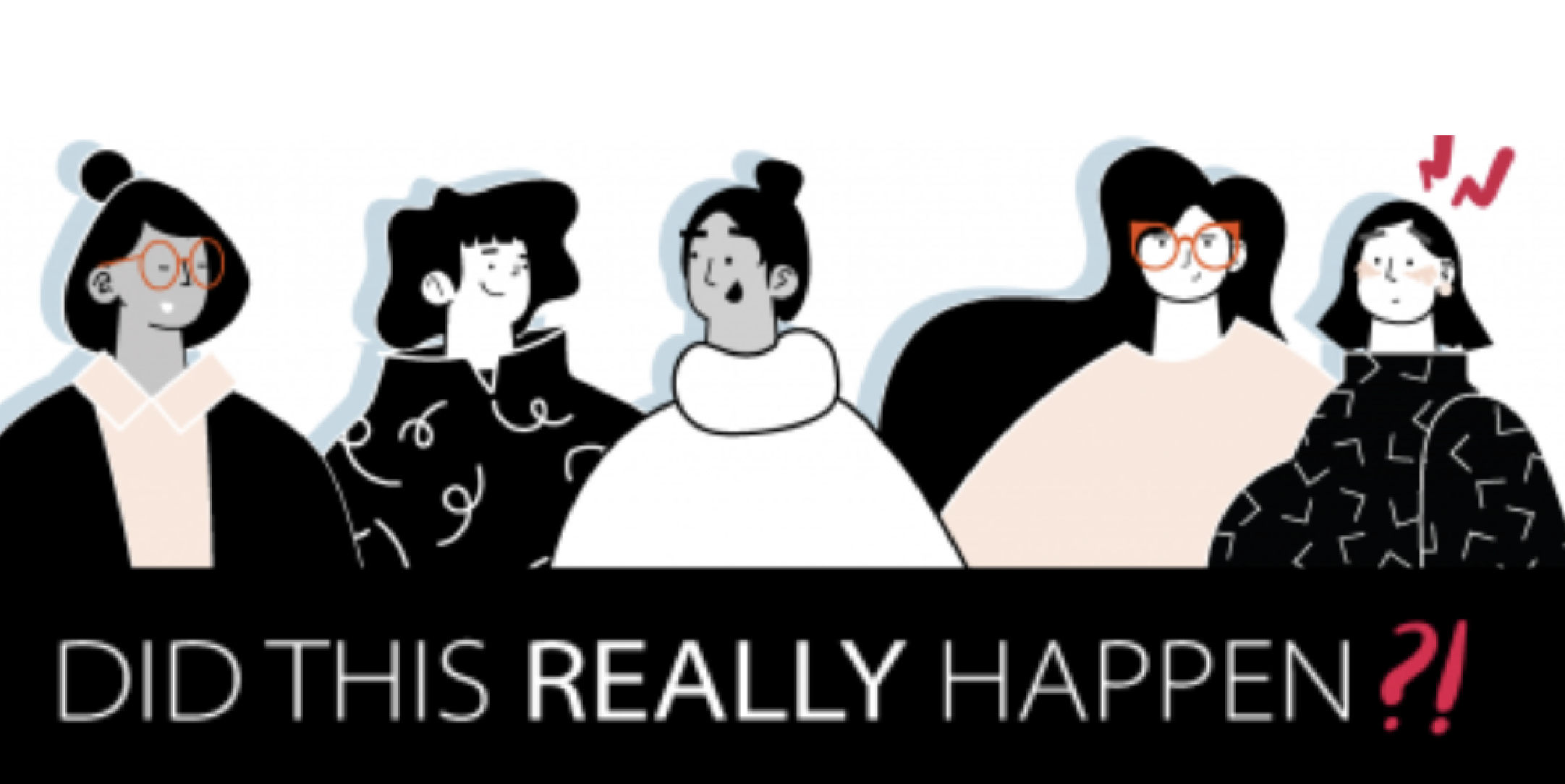 Did this really happen?! by @theFlatType

I feel influenced by the lack of female role models in senior positions, both in academia and industry. A better representation of women in important (academic) positions gives others a sense of confidence that being a woman in academia is not a barrier to career progression. I understand that similar problems exist for people with other minority identity aspects, such as race, religion, disability, or sexual orientation. I am passionate about contributing to equality, diversity, and inclusion in academia. Ultimately, I hope to be able to inspire others and become a role model for fellow peers. Below, I highlight some resources I have found inspiring and/or helpful:

FLP is a programme giving young female scientists the opportunity to reflect on their professional situations, to develop a strategy for continuing their career paths, to receive targeted further training, and to extend their personal and scientific networks.

Did this really happen!?

Did this really happen? shares illustrative stories of events that actually happened. It shows daily sexist comments and behaviours, not to point fingers at specific people, but to encourage discussions on incorrect behaviours.

500 Women Scientists is an organisation representing the voices of tens of thousands of women scientists all over the globe. I have joined the Zürich 500WS pod (slack channel, twitter) and several interesting events are organised throughout the year.

A supportive and useful group in which you can ask any question, and get feedback and support from women in Earth Sciences globally. You can find the Facebook group here and the ESWN webpage here.

Studies related to the Geodynamics (GD) division include all aspects of dynamic processes in the lithosphere, mantle, and core. Check out GD’s blog website, social media channels, and the team tostay  updated on any (networking) activities in the future!

The aim of the Planetary & Solar System Sciences (PS) Division is the promotion of all fields of planetary sciences, ground-based and space mission exploration of the solar system and beyond, and related models.

VExAG is NASA’s community-based forum designed to provide useful resources to the community and input for planning and prioritizing the exploration of Venus over the next several decades. Open to all interested scientists, VEXAG regularly evaluates Venus exploration goals, scientific objectives, investigations, and critical measurement requirements. I will soon serve a 3-year term on its Steering Committee.

The primary goal of this group is to support early career Venus researchers with networking opportunities, professional development through colloquiums and gatherings, and to foster community feeling. There is a OVEN mailing list and a slack channel that are very useful to join!

Visualization is, together with problem description, data production and data post-processing, one of the main supporting pillars of science.

Unfortunately, colour maps that visually distort data through uneven colour gradients and/or are unreadable to those with colour-vision deﬁciency remain prevalent in science (such as rainbow colour maps #endrainbow). It is extremely important to choose a scientific colour map that correctly visualizes your data and to use scientific figures that are intuitive and easy to interpret. I am a huge fan of the official scientific colourmaps 7.0 by Fabio Crameri. The colour gradients in these colour maps are perceptually uniform and ordered to represent data both fairly and intuitively. Moreover, they are readable both by colour-vision-deficient and colour-blind people, and even when printed in black&white.

You can find numerous effective, high-quality science graphics in the Science Graphics Collection s-Ink.org. This collection consists of eye-catching, science-proof scientific-style artwork readily available to both the science community and the general public. You can also contribute to the collection by submitting your own graphic  and receive the appropriate credits!

Selection of Scientific colour maps 7.0.1 (Crameri, 2018). I particularly make use of the BatlowW, Davos, Oslo, Lapaz, and Vik colour maps in my scientific visualisations.

The superiority of scientifically-derived colour maps. From: The misuse of colour in science communication (Crameri et al., 2020) 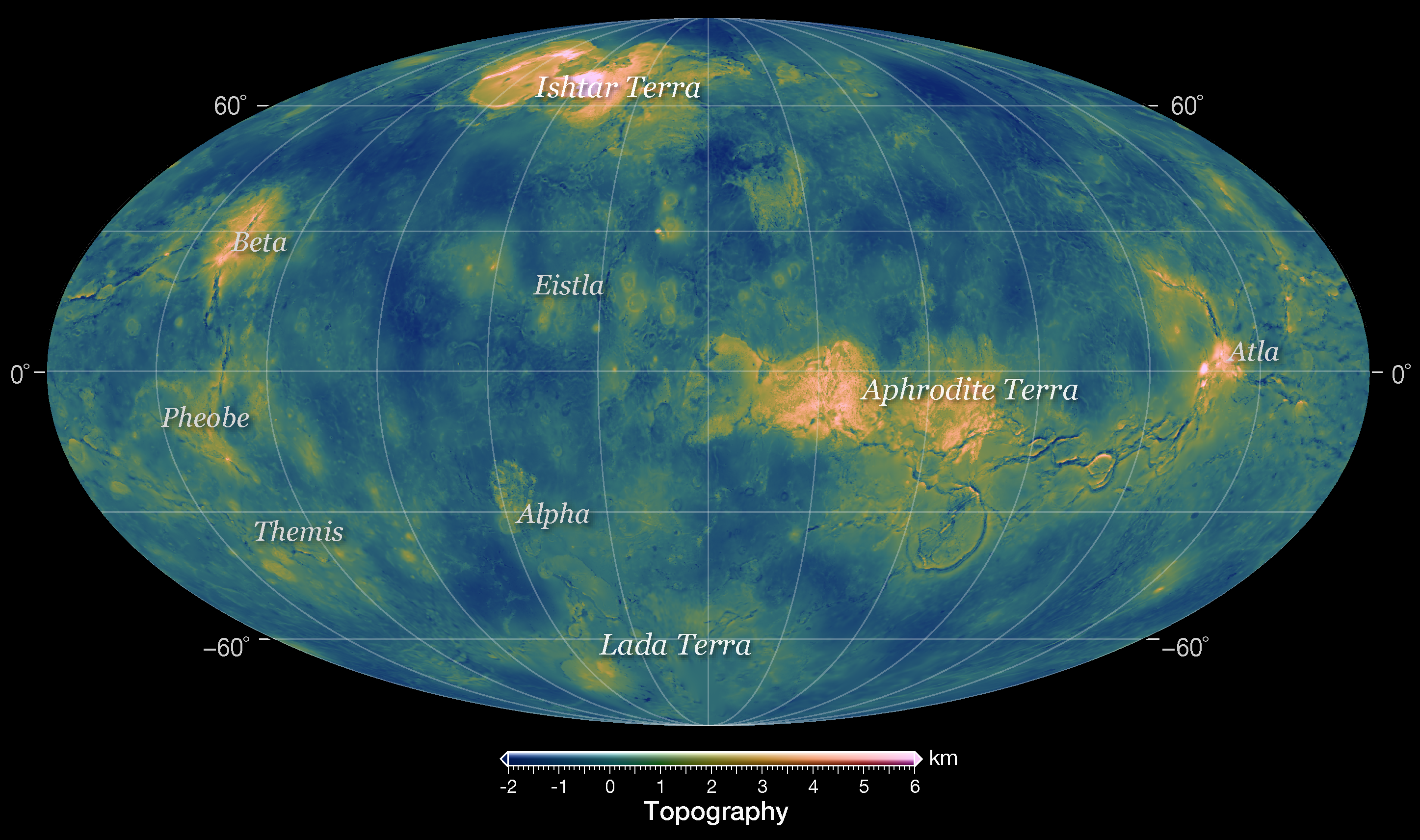 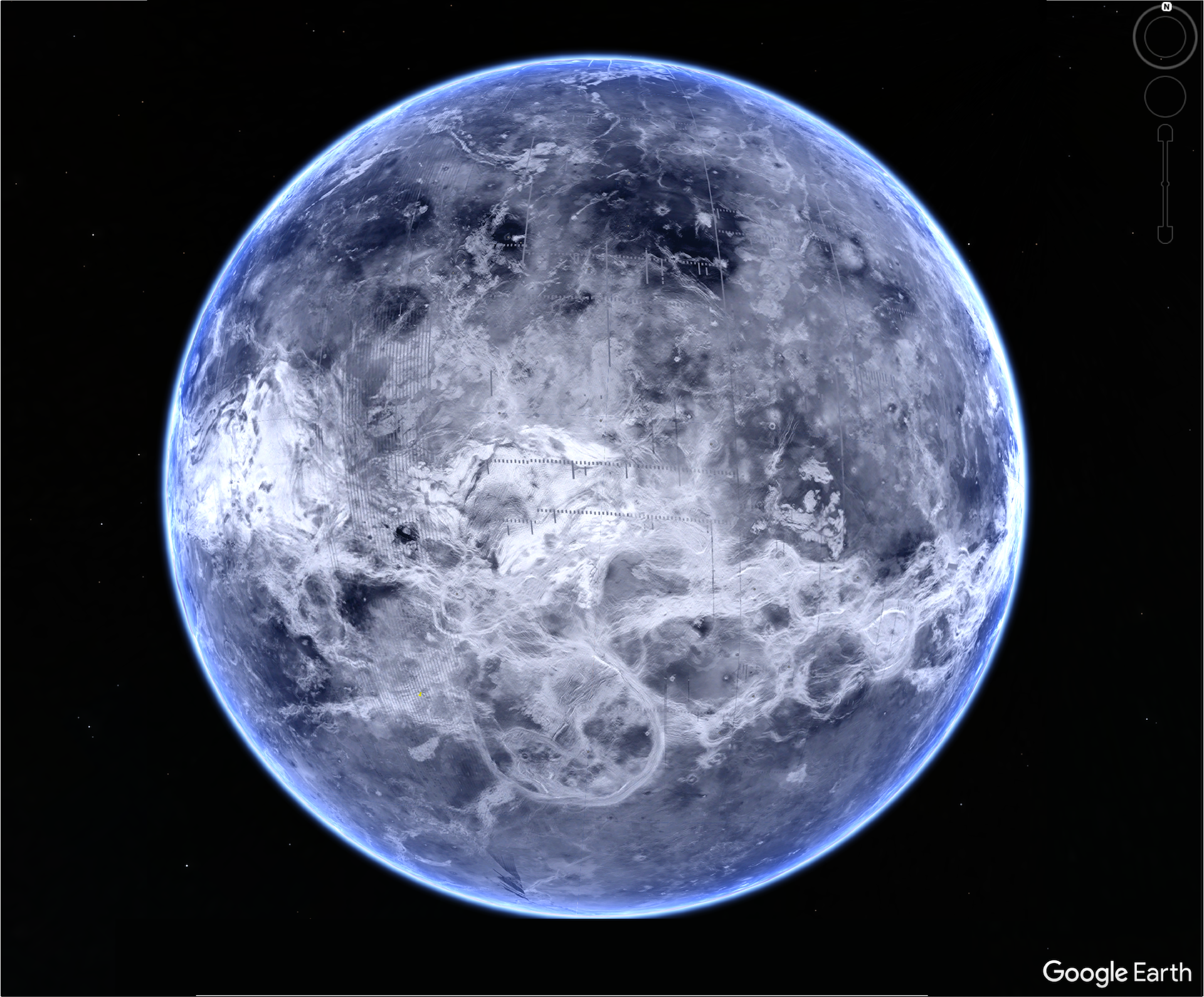 Top: Map of the topography of  Venus made with GMT. Used in Gülcher et al. (2020, Nature Geoscience). Bottom: Google Venus FMAP map: compilation of the Magellan SAR imagery at 100 m resolution, which has been assembled into a global overlay image (to load in Google Earth).

The Generic Mapping Tools (GMT) is a widely used tool to process geospatial and geophysical data, generate beautiful illustrations (especially maps), automate workflows, and make animations. It is free, open-source software! There is also a very convenient Python interface called pyGMT. It is definitely worth checking out!

StagPy is a tool to postprocess output files from the geodynamic code StagYY. StagPy is both a CLI tool and a powerful Python library. See the documentation online. Many results and figures in my publications were made with StagPy.

StagLab is a MATLAB post-processing tool that provides easily-accessible and fully automated geodynamic diagnostics and scientific visualisation of output data from geodynamic models (i.e. StagYY). Particularly the results and figures in Gülcher et al. (2020, G-cubed) were developed with StagLab. Especially the automatic detection of plumes, slabs, “stagnant” domains, and thermochemical piles is useful for analysis (see e.g., this STAGLAB-OS release on Github)

Check out this easy tool to visualise thermal mantle convection in an interactive and intuitive way (Ian Rose‘s GITHUB page). This online tool is great for teaching and educative purposes – and just simply fu!

Much of our understanding of the geodynamics and geology of Venus has been derived from radar imagery and topography from the Magellan mission (NASA 1989-1994).  These data were archived at the Planetary Data System (PDS) and are easily and freely available.   In an effort to promote public interest in Venus, scientists have created content for Google Earth that displays several types of information from the Magellan-era: Google Venus (Sandwell et al., 2015). This allows anyone to easily explore Venus!